Please enable JavaScript to view the comments powered by Disqus.

How to use opportunities in the future labour market

Questions which will be answered in this article are:

• How to prepare the educational sector for future labour markets?

• Why digitalisation is a chance and not a threat to labour markets.

• Is Adam Smith’s concept of division of labour outdated?

Labour Markets: The present and the past

Some 20,000 years ago people used to work 20 hours a week (Sahlins, 1974). The motto was: “After the hunt, let’s have some leisure.” Today, we usually engage ourselves a little bit more than that.

But ask the younger generation about their motto towards their future careers and it might be: “My student life is great – but what I am going to do after?” “If I can’t get a full-time job” – which is a sad reality for some – “am I going to bring the average working hours back to the Stone Age?”

For the lucky ones, once these pessimistic prospects turn out to be wrong and they get a great job seemingly against all odds, they usually skew the average working hours to the other extreme. They work many hours and also earn a lot.

Is there a new work motto?: “Experienced talent gets paid well. The rest to the lions!”

Fig. 1: “You know, Ug, the wise man told me my grand-grand-grand children won’t have to work at all” – “Strange, he told me that mine will have no spare time at all”

What is going on?

A compelling theory that explains this phenomenon has been proposed by (Rosen, 1981) back in the 1980s. Rosen tried to explain why some musicians earn like crazy (Kurt Cobain and his well-tuned guitar) while their fellow musicians earn some loose change, playing badly tuned violins in cold and snowy market squares. He proposed the term “super star markets”.

According to Rosen, super star markets exist if communication technologies enable a talented person to supply the whole market at no additional cost. Anybody can listen to Kurt without limiting other grunge-minded music fans to do the same. This way, Kurt is able to sell a vast quantity of his music and therefore get more money than the lonely guy with his violin. 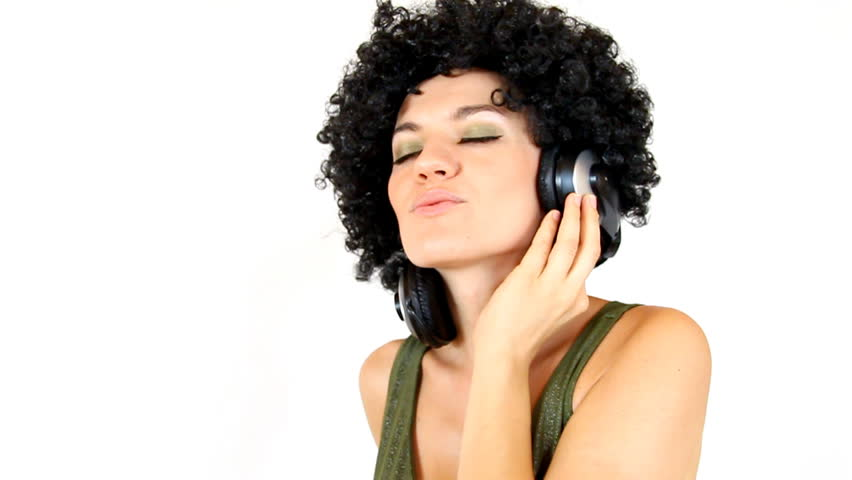 Fig 2: One of Kurt’s many listeners.

According to Rosen communication technologies are one reason why a marginally more talented person is able to dominate the whole market whereas other skilled people are in much lower demand. The ‘winner takes all’ because she or he is able to satisfy the needs of the whole market alone through multiplication of her or his service with communication technologies. As for multiplication, giving a concert every time anew is expensive and time consuming. Copying CDs is much less expensive. Uploading the record to streaming services doesn’t cost anything at all.

The trend of “superstar-ization” has been present in the music and creative industries for some time (hence the article of Rosen from the 1980s). But as communication technologies become common in other industries, the same might happen elsewhere, too (Brynjolfsson & McAfee, 2014). If an educator is able to reach thousands of students with his lectures, without relying on overcrowded lecture halls, the students will choose the best instructor for their education through an online course. This trend will likely continue if augmented reality, combined with advanced robotics, will take root in our daily lives. It’s hard to predict how the health market is going to change when your personal doctor sits far away making a diagnosis but is the best for doing this type of diagnosis. Isn’t this trend a recipe for social turmoil and revolution? Will the doctors who are not the best in class stand up and fight to protect their current status?

Fig. 3: One – and the best looking? - plumber for all. Image Source: Microsoft HoloLens

Give the beast its own medicine

Once you have recognized that this trend might affect you, what can you do? The good news is that communication technologies – that caused this trend in the first instance – also provide the means for an appropriate answer. Communication technologies do not only lead to a skewed income distribution, but also to much lower prices for services that were previously expensive – like education. You can receive a top education from the best educators for free nowadays. So the superstars of tomorrow are those who are able to exploit these possibilities. Some good advice is to follow the career paths of the superstars of the past, such as Kurt and his fellow musicians:

(a) Find your audience.

(b) Equip yourself with the resources necessary to satisfy the need of your audience.

(c) Scale your service or product with communication technologies throughout your audience.

… which is easier said than done.

What does this mean for you?

a) Find your audience

A good starting point is to identify and understand the problems that businesses (the employers) face – your audience so to speak. If you solve a problem, you obviously satisfy a need. Maybe you can solve a problem of the successful (and hypothetical) Ms Miller in her company “Miller & company”. But for now, neither Ms Miller knows your problem-solving potential nor do you know Ms Miller, let alone the specifics of her problem.

So go out and look for her!

If you meet her, you can provide value to Ms Miller and she is likely to pay you for the value provided. She might equip you with the necessary means to found a company with the intention that it solves her pressing problem. As a consequence, you earn money. Or in other words, you have a job.

But in order to be able to solve Ms Miller’s problem, you need some kind of formal training, don’t you? Yes, sure, but the problem should be the starting point of your formal training and not the formal training the starting point of your problem. It’s push vs. pull. It seems as if the education system still follows the push model: Push as many students as possible to the labour market, without regard what skills it actually needs. This mode of production is Taylorism and has been replaced in the industry – first by the Toyota car company - with pull production (Liker, 2004). Toyota managed to grow fast and is the leading car producer this day.

b) Equip with resources

Let me illustrate this point with my own experience. I worked with a young business student in a process optimization project for a big automotive producer (not Toyota but they imitated many aspects of the Toyota model). There were process breakdowns that looked minor individually, but once they accumulated, they were significantly draining human resources. Perception matters more than reality in such cases, and the company was unwilling to allocate significant resources to this issue because it wasn’t even recognised as a problem. We soon discovered that at least some of these breakdowns were due to software malfunction. Neither the student nor I were IT guys and the project was too small to get one organized. My student then spent some extra weekends and hours on the internet, learning about the specific software in MOOCs (massive open online courses). He also participated in specific virtual forums and crowdsourced a solution to the code’s problem. Having trained himself in this way, he improved the code of the existing software. Most of the process breakdowns immediately ceased and the company recognized the extent of the problem and allocated some IT professionals to work on the code. The student got plenty of job opportunities from the company as a result of his efforts.

This whole experience runs counter to the arguments of Adam Smith (Smith, 1909), because it blurs the idea of division of labour – it should have been the responsibility of the IT guys to fix the problem, after all. But it illustrates that this is a step to a futuristic world, one which was nicely illustrated in the Science Fiction 1999 Matrix movie. Trinity, the protagonist, needed to fly a helicopter, and she just “uploaded” the necessary skills directly to her brain in seconds. Her new flying skills allowed her to kill the bad guys later on; she also killed Smith’s concept of division of labour.

Vid 1: Adam’s Smith division of labour goes down in flames

This third part is the hardest one. Right now, we are able to satisfy a need and we can equip ourselves with the necessary skills and virtual networks to deliver value. But we are still in a similar situation to the poor violin player who is working long hours. How are we able to scale our skills to reach different companies?

The answer to the question is short: This is one reason why I have committed myself to create the platform www.beeup.com. My vision is that BeeUp users become superstars of business problem solving. They will get to know the problem of the hypothetical Ms Miller and her company. Once they have formed a joint venture with Ms Miller, they know how this can be done again and they form another venture with Mr Baker (a different company with a case listed on the BeeUp platform). They are able to work in virtual teams and equip themselves with the necessary skills and necessary virtual network. They will get plenty opportunities for work – first for free, later paid, and even later they will pay others to carry out what they have envisioned. There is plenty of work to be done in this world. You just need the correct know-how and the correct networks.

Once you’re an insider, you will probably work long hours. But don’t worry! There is a crowd on BeeUp to help you out!

How will the labour market develop?

The Stone Age labour market was very simple: Everybody doing two basic activities, either gathering or hunting. The rest of the day was leisure. Today labour markets are different: You are either stressed because you do not participate, or you are stressed because you participate and the activities become more and more difficult. The solution for both groups is simple: Those who have too much to do should give some of their work to the crowd and identify your future partners this way. Those who do not work at all: Solve the problems for free in order to train and demonstrate your business development skills. Learning and networking resources are cheap and easy to access these days. If both groups exploit these possibilities, both benefit.

This is the new division of labour. It isn’t divided by know-how and training, but by access to wealth-creating challenges and networks. It is possible because learning new skills comes cheap these days. Those who solve the largest number of problems have superstar potential, but those who lean back and hope that opportunities will come their way as if by magic are making a mistake and will suffer the consequences of recreating Stone Age working hours.

The motivation for creating BeeUp is to improve the process of labour market participation for all:

1) Work problem-oriented. Ask questions to get to the root of the problem. You will find plenty of business problems to solve on our platform.

2) Equip yourself with the necessary skills and professional network to solve the problem.

3) Participate on BeeUp as user and solve many cases, scale your abilities, extend your know-how and your professional network. In time, you will be the one posing problems to others.